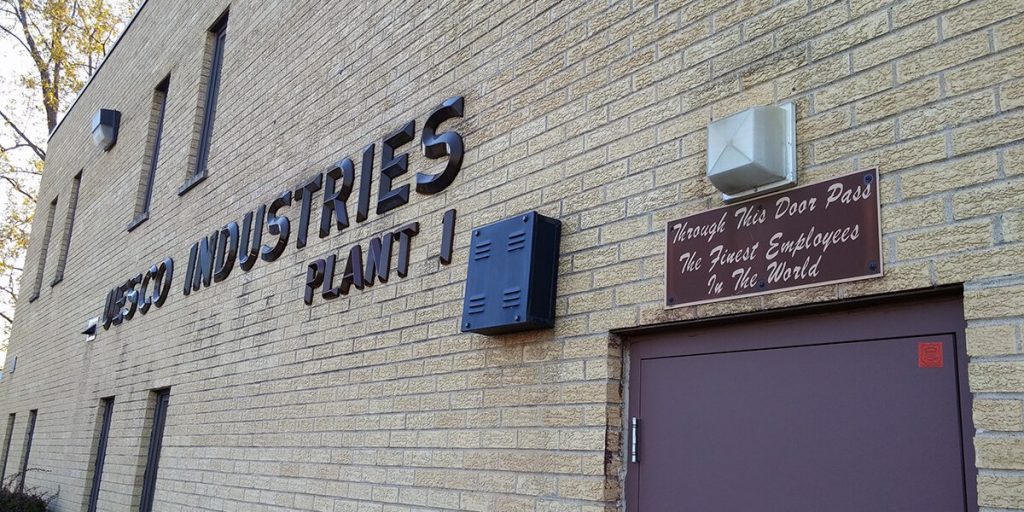 Uesco is a family-owned and operated business founded in 1921.

Our company history has humble beginnings. It started at 5938 South Ashland Avenue on the south side of Chicago. Fred Marks, an armature winder employed by General Electric, purchased a motor repair and rewind company named Universal Electric Repair Works in 1921. Fred no longer needed to travel the country for GE, but could stay home in Chicago, operating his business and raising his family. However, the depression lurked on the horizon.

During the 1930’s, all of Fred’s sons, George, Warren, Art, and Harold, worked in the family business. At this time, the oldest brother George obtained his electrical contractors license from the City of Chicago, and Universal Electric Service expanded their capabilities to include machine tool wiring and commercial electrical work. They also began removing motors from customer’s machines to feed the motor rewind business. They discovered that no one liked to remove motors from overhead cranes. This became one of their specialties, a harbinger of things to come.

After the end of World War II and the passing of their father, the brothers began to acquire other interests. In 1959, Warren Marks became sole owner of Universal Electric Service. Operations continued but with the added capability of hoist and crane service. Universal Electric Service established a relationship with Robbins & Meyers, a leading manufacturer of cranes and hoists, to become the Chicago warranty, parts, and service depot.

The company continued to grow until 1968.

An addition was added to the Ashland shop that allowed the company to begin fabricating cranes for the local R&M sales office. The relationship with R&M continued to expand into a regional stocking parts distributorship for the Great Lakes area.

Throughout the 1980s, Uesco expanded the business. At this time, Uesco began providing runway systems and cranes that were more complex. It was during this period that Uesco built the foundation of our brand name Uesco Cranes. Uesco Cranes expanded our distribution network beyond R&M outlets to included material handling companies throughout the United States.

With over 50 years of experience building custom-engineered crane systems, Uesco has proven to our distributors and end-users that they can rely on us to provide a product that is built to last. All of our cranes, endtrucks, and runway systems are made in the U.S.A.

Uesco Crane’s service department is second to none. We maintain a fleet of service trucks staffed with factory-trained technicians experienced in troubleshooting, repairing, and installing overhead crane systems. We offer complete turnkey systems from the ground up, from concept and design to full installation. Uesco Cranes also offers preventive maintenance and 24-hour emergency repair.

Uesco currently manufacturers single and double girder cranes in both top-running and under-running configurations; all featuring dual-motor drive systems. Capacities range from 1/2 through 40 tons, with spans to 100 ft. Custom designed cranes to meet your specific needs are also available, providing the same performance and serviceability evident in the pre-engineered crane systems. Uesco also offers all major brands of hoists, jibs, workstation cranes, radio controls, under the hook attachments, and other crane accessories.